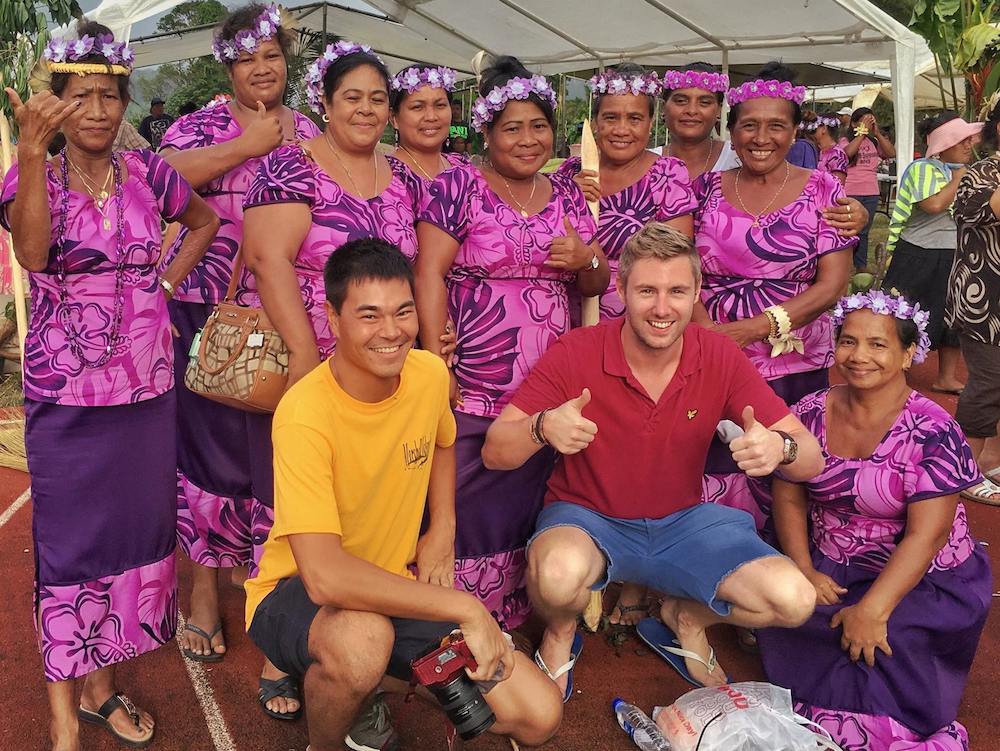 I recently wrote a piece for CNN about travel blogger Johnny Ward, a 32-year-old Irishman who has spent 10 years visiting every country in the world.

More impressively, he earned $1 million in three years blogging about it, and continues to earn five figures (US$) every month from ‘blogging’.

The question I’ve been asked most frequently since that post went up is: how did/does he earn his money?

This post will answer that question, though you might want to catch up on the background and context by reading the CNN piece here.

You can also read a bit more about his journey from the man himself, on his blog post “How I made $1 million in three years blogging”.

By the way, anyone involved in SEO and content marketing won’t learn much here. This is old news if you follow that industry, but I found this enlightening and many others will too.

What is travel blogging?

At the heart of this question is what we mean by blogging. You’ll notice I put the word in single quote marks above.

Ward has been called a ‘blogger’ in all the media headlines to have featured him and he calls himself a blogger. And yes, he does blog on his Onestep4ward website.

But while a headline like “The million-dollar blogger” does a good job of injecting an image of a job-free, happy-go-lucky guy traveling the world and writing about it on a single blog (and somehow making loads of money), in Ward’s not case it’s not quite accurate. Or at least, it only tells a small part of the money-making story.

Ward started out as exactly that – a guy writing about his travels on a single blog. But he quickly became something else. When he saw the opportunity that was hanging out there, he immediately took the chance to scale up. One blog became several, the writing of posts and selling of ads was outsourced, the strategy was honed to focus on the most lucrative part of the operation.

Ward has earned $1 million plus in the last three to four years because he owns and runs 250 or more websites, not a single travel blog, and he leverages this scale to offer ‘content marketing opportunities’ to other websites.

The usual CPC revenue drivers like Google Ads represent a tiny fraction of his earnings, he says.

While content marketing covers all sorts of things, including banner ads and affiliate advertising, Ward’s focus is on SEO services. Specifically, he sells hyperlinks.

“I just worked out the most lucrative way that SEO works, and I focus on that. There are a million different variables when SEOing for Google, but the most effective is link building. So that’s what I focus on,” he told me.

Google’s algorithm for determining the ranking of a web page (and how likely it is to be presented to a searcher high up the results) is determined by up to 200 different factors, but the most important is how many high quality third-party (non-related) web pages link back to that webpage.

Often, bloggers do this on a tit-for-tat basis – you link to my story and I’ll link to one of yours. Ward offers this backlinking service for a fee.

This is old school selling, getting on the phone to clients and pitching them an opportunity.

I didn’t get into the minutiae of exactly how many and how much, but as proof of his million-dollar status I asked to see his bank account records, and I saw numerous transactions from clients for amounts varying from US$20 to US$1,100.

So I assume that it works on a scale – buy x links for $X, y links for $Y, z links for $Z and so on, or something similar.

Ward is cautious when explaining his business model to me, because, as you might expect, Google does not look favorably on this kind of activity. I reached out to him to explain further questions I had and he refused to tell me more.

Many others in the same game are critical.

Ward was willing to show me one website that he used for these backlinking purposes, and I wouldn’t call it a high quality site. A new piece of content appears to go up once or twice a week, and they’re all written by the same guy. Or at least bylined with the same name.

The articles themselves are not totally devoid of value, but they are very much amateur blog posts that could be cranked out in a few hours rather than highly researched, brilliantly written pieces of journalism.

And I expect most if not all of his 250 sites (excepting Onestep4ward) are run the same way. Ward does not write the posts himself, he pays a team of writers located around Asia to write them, these writers are cheap, the standard of ‘journalism’ within the posts is low and many people consider the content that results fairly worthless.

Incidentally, half of his websites would be categorized as travel sites, but also include subjects as varied as home decor, lifestyle magazines and more.

Do these criticisms matter? They don’t matter to Ward. It’s not illegal and as far as he’s concerned he’s simply scaling up his business.

Though he makes a lot of money – after costs he takes home about 80% of the revenue his operation earns – it’s not like he’s laughing his way through every day. He admits to being worried about how dependent on Google his business is.

When Google changed their algorithm a couple of years ago, his revenue halved.

If something similar were to happen again, he says his contingency plan is to take over the lead sales role on Onestep4ward. He claims to get 6 million visitors a year there, which obviously should offer a serious opportunity.

How much money can you earn blogging?

In a blog post from 2012 Ward published a chart, showing the money you can make according to different levels of page views and PageRank. But his only description of how to make that money is “through ads etc”. Does he mean backlinking? Or does he mean traditional banner ads?

Again, when I posed these questions he refused to divulge more.

That post dates back to September 2012 so is very out of date and possibly it pre-dates the Google algorithm change that halved his revenue too. When I asked how accurate that post was today, he would only say “Pagerank has since died, it’s all about trust flow now, but yes the concept is still, in essence, the same.”

So, sorry to end this post with questions rather than answers, unfortunately my knowledge of the murky world of SEO backlinking is far from extensive, but I wanted to give what info I had about this particular blogger’s business model.

If anyone reading this has more light to shed on this topic I’d love to read it in the comments.

Next up I’ll be writing about an entirely different way to earn money from travel blogging, from a female blogger who gave up a career in investment banking to chase that dream.

Sign up to my newsletter here or in the sidebar on the left to make sure you don’t miss a post (coming in at a rate of around once a month at the moment).