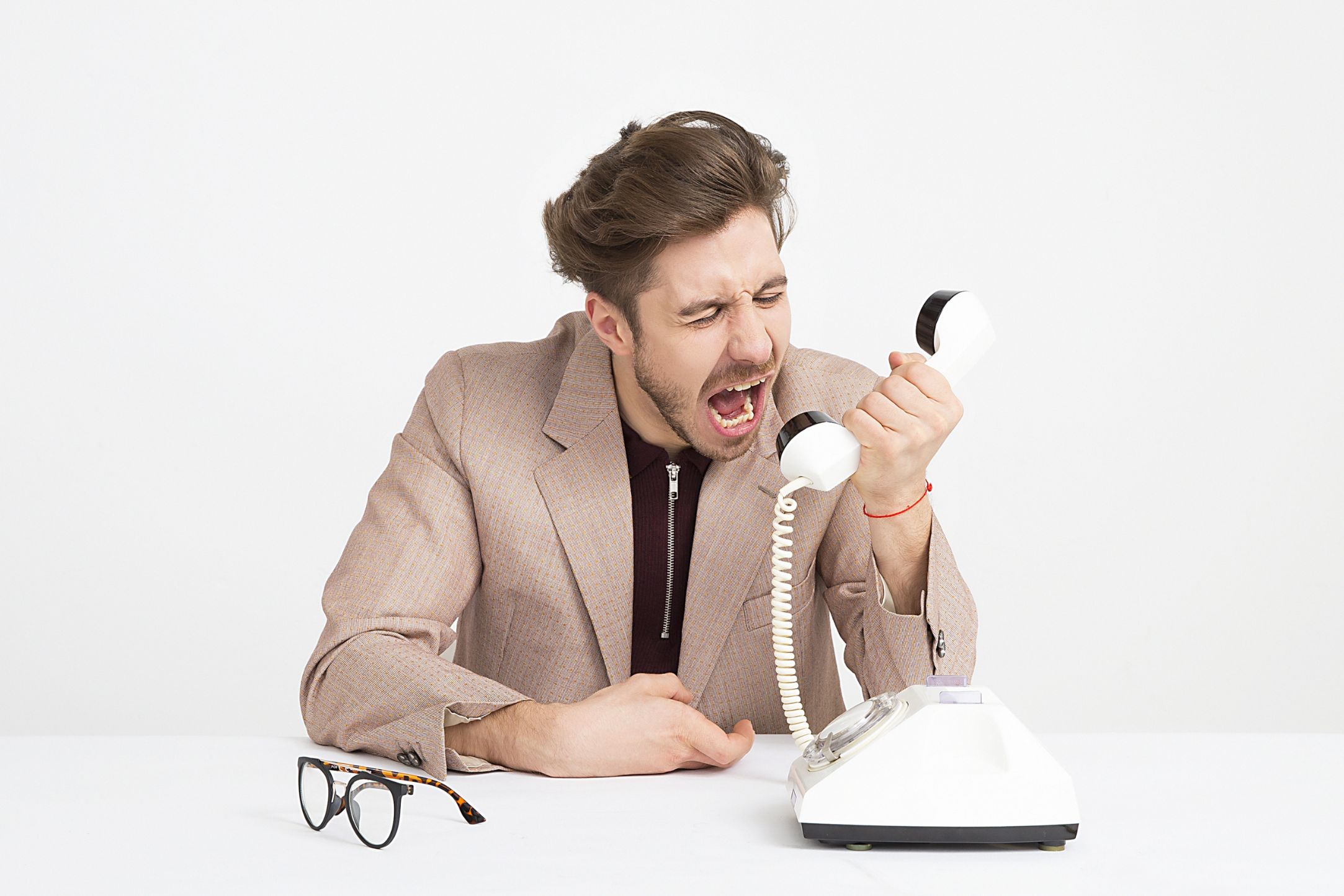 Low fees are bad. Late payments are worse. Non payments are like thumbtacks hidden under silk welcome mats. Just … why??

Andrew Madigan, freelance writer and multi-late-payment sufferer, has dealt with more than his fair share of late- and non-paying clients, and here divulges some of the tactics he now adopts when faced with this accursed beast.

His article below is an excerpt from the book Travel Writing 101: Everything You Need To Know To Start The Best Job In The World, a collection of advisory essays from 30 successful travel writers now available on Amazon for Kindle and in paperback – a #1 New Release.

What To Do When The Editor Doesn’t Pay

What to do when you’re not paid and what your legal rights are. How tricky this becomes when dealing with overseas publications. How to manage all this with tact and professionalism. And humour.

Loud cursing, at first. Pounding the keyboard. Jim Beam in a rocks glass. None of this helps, really: You need Plan B.

So you have an assignment. Great. You write the piece, revise and edit, send it to the editor.

Maybe you’re asked for a few cuts or changes. Maybe the publisher has a query or two. But now your job’s done, right? Time to sit back and relax.

Editors have left me in the lurch about 20 times. In fact, I’ve become expert in not getting paid.

That’s awesome, I know. On the plus side, it’s happened so many time I know what to do about it.

You always remember the first time. A small fiction magazine owed me $25. What could I do?

After several emails to the editor, all unanswered, I went to Facebook with my troubles. A number of writers responded to my post with their own tales of slippery editors and flimflam journals. I was looking for advice but didn’t find anything concrete or practical.

I wrote to the Chamber of Commerce in the town where the magazine was published, but no one wrote back. Thanks a lot, local civic organization.

In a fit of desperation, I started a Facebook group called I Hate ______ [the magazine name].

This received hundreds of Likes. Word got around to the editor, who, in garbled legalese borrowed from Law &amp; Order, demanded that I “seize and desist.” He said I’d already been paid, posting a picture of a check with my name on it. I replied this was proof that a check had been cut, not that it had been mailed to me or that I’d cashed it. “Show me the canceled check!” I demanded. This triggered another flood of ‘Likes’. I never heard from the guy again. He seized and desisted.

Afterward, I started wondering why he had a photo of my check. Pretty strange.

Despite my long fruitless journey, I was on to something. The Chamber of Commerce was a good idea.

A few months later I was stiffed by a prestigious food magazine. “We can’t pay much,” were the first words out of the editor’s mouth, which was an understatement. She didn’t pay me anything at all.

This time I tried the Better Business Bureau, which is the loud and assertive older brother of the Chamber of Commerce. The one who stands in front of the mirror looking at his biceps all day and is pretty useful in a fight. I submitted a formal complaint and my comments were forwarded to the magazine. A few days later the editor responded with a breezy assurance that my check was in the mail. “So sorry,” she said. “Just slipped my mind.” Right. She just forgot to pay me for 18 months, and forgot to open any of my follow-up emails. Sounds reasonable. I was paid two days later.

My next scrap was with a well-respected liquor magazine. I submitted the copy – a profile of a local distillery – well before deadline. The article was slated for the following month.

Six months elapsed. Eight. Ten. I was asked for rewrites. My article was too long. No problem, I lopped off 25%.

Four more months went by. Six. Eight. The editor asked me to add a few details. He gave me a list of new topics to address. I revised the article, again. It was now twice as long as the editor had originally commissioned, but naturally I wasn’t paid double the rate.

In fact, I wasn’t paid at all. Six months after submitting the final copy, I asked when the article would be coming out. “See if you can get some more photos,” the editor said. “I don’t like what the distiller sent me.” Well, long story short, the distiller couldn’t send new photos. I forwarded this news to the editor, who didn’t respond.

Another eight months elapsed. I emailed the editor. No reply. I emailed again, the next month.

No reply. I searched through the magazine website until I found an email address for the publisher, who puts out a half-dozen liquor magazines. He said he’d look into it.

Meanwhile, I sought the help of Small Claims Court. He’s the badass cousin of the Better Business Bureau, who did time in juvey and has a skull tattoo on his forehead. The SCC – there’s one in every state – is perfect for settling minor labor disputes. You don’t need a lawyer. The trial is quick and easy. In this case, we had a contract: Money for services rendered. I’d done the work, but I hadn’t been paid. It was a simple matter. You can file for up to $5,000 in compensation, so I asked for the missing payment plus expenses for traveling to the court date and work hours lost while dealing with this issue. A $500 gig that would pay out $2,500.

The next day I got an email from the editor: “We’re not running the piece. The photos were no good. You won’t get paid.”

I replied, cc’ing the publisher. The problem, I explained, was that the editor hadn’t examined the photos until more than a year after they’d been sent to him – by the subject of the profile, not me. I had nothing to do with it. Had the editor done his job in a timely manner, he would’ve had better photos. I further explained – politely, firmly, reasonably – that he’d done very little during our work together except avoid emails, ignore the established timetable, change his expectations, and make excuses. He’d demonstrated a pattern of avoidance and fraud by withholding payment and ducking my emails. I attached a copy of my Small Claims complaint and made it clear that I would take them to court if I wasn’t paid.

The publisher sent me a letter, fulsome with apologies. He offered me $1,500 if I didn’t take them to court. I said I only wanted what was fair, $500. Three days later, I got the check.

Small Claims is a great service for the little guy. You can get justice, and your back pay, without waiting long or hiring an attorney. There are other state and local agencies that can help you out, too, such as the Department of Labor. Getting in touch with your local congressperson is also an option.

What’s more, the newspapers and magazines I write for rarely supply phone numbers for their staff, especially the editors. They don’t want to be bothered by pesky writers like me, who want to know why their wonderful article was hacked apart with an editing pen, or, even worse, not accepted for publication. If there is a number listed on the website, it’s almost always answered by an assistant, who would be unlikely to put me through to an editor, or voice mail. In either case I’d have to leave a message, and, if I ever got an answer, it would probably be through email.

So sure, I could’ve tried getting an editor on the phone, but it would have taken longer and, in all likelihood, been a dead-end.

What happens if the editor is based in another country? Recouping your fee can a tricky process. What I recommend is this: do your research first. Is it a reputable publication? Does the editor have a LinkedIn account? What does the internet say about his or her business practices? If a web search of “publication name + scam” yields a few angry hits, consider yourself warned.

A few years ago I was approached by an editor based in Qatar. She was professional and polished, the magazine looked legit, and Google didn’t have anything nasty to say. I accepted the work. However, I asked for half the money up front, and explained—in polite and apologetic language—that if she never paid me it would be exceedingly difficult to recover the payment. The editor was understanding and agreed to the deal. I wrote the piece, received full payment, and they commissioned a number of future assignments from me.

I could go on ad almost literally nauseum. There are many species of disreputable editors: the ones who commission a piece but don’t follow up with concrete details and are never heard from again; the ones who kill your article without letting you know and then block your emails; the ones who send you to some Accounts Payable drone who claims that an internal audit is “holding things up,” or asks you to submit an invoice for the third time, or says that a computer glitch will “take just a few months to fix.”

Life can be a challenging for a freelancer. Chasing work, tracking down payment, wrestling with unscrupulous editors.

But then sometimes it’s perfect. A new gig. Good money. The editor is easy to work with. She loves your writing and doesn’t want to change a word. She immediately offers you new assignments. You get up in the morning, put on a fresh pot of coffee. You work in the comfort of your own home, which means you don’t have to get dressed or fight through traffic. There’s no fussy boss lurking in the next room. This is why you got into the business in the first place.

Nothing could be better.

Andrew Madigan is a freelance writer and novelist based in Washington, DC. His first novel Khawla’s Wall, is published by Second Wind, and his second book, Altar Boys, is coming out soon. He’s lived and worked in Tokyo, Okinawa, Korea, Abu Dhabi, Dubai, the UK, and all over the US.