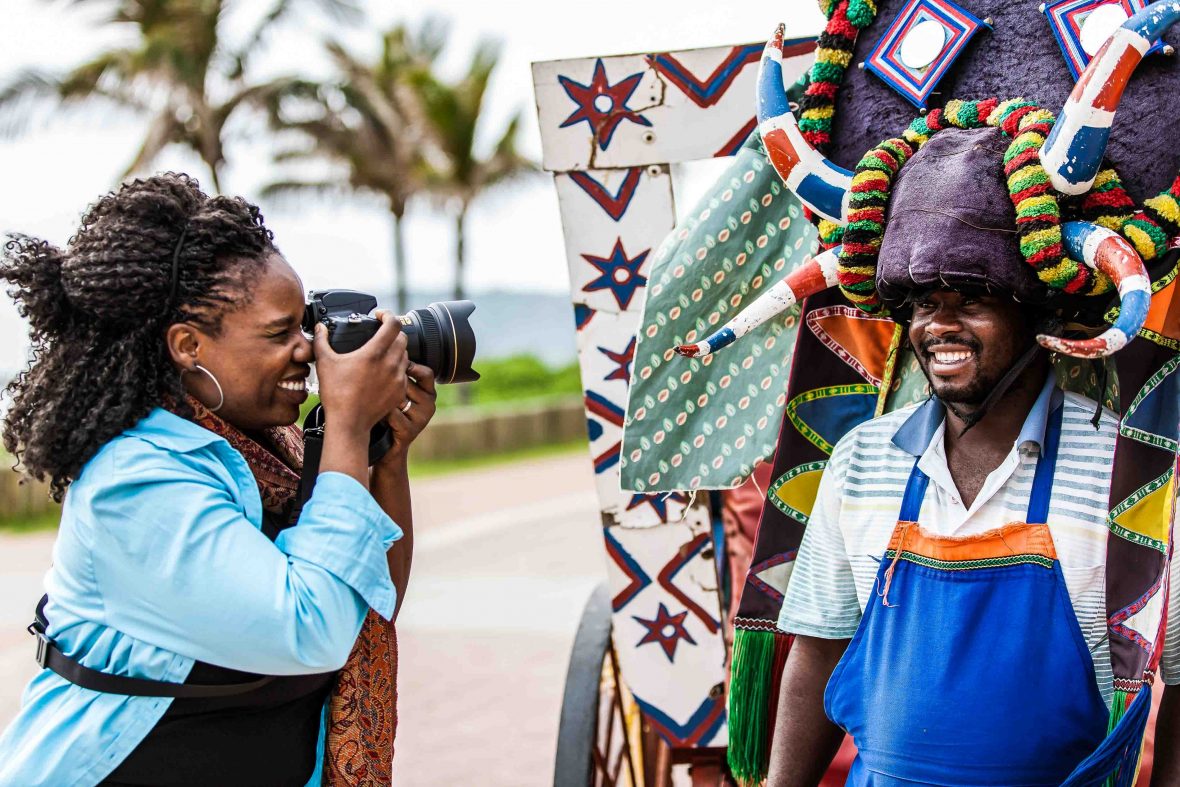 Lola Akinmade Åkerström is a photographer, writer and author – and as a result she does a lot of pitching. She also does an amazing job of analysing her pitches each year, which worked, which didn’t, and so I bugged her to reveal what she knows for readers on Travel Write Earn.

Lola put together 87 pitches during 2016, with a 43% success/assigned rate. You can read her own account of the year here on her blog. She’s also become what all freelancers should aspire to be – a go-to source for editors who need stories. 49 times during 2016 editors approached Lola with offers of work themselves, rather than the other way round. That’s one free ‘pitch’ every week, and is what comes of being a reliable and consistently high quality provider.

She’s a formidable talent, with a roster of clients that includes National Geographic Traveler (both US & UK versions), AFAR, The Telegraph, BBC, CNN, The Guardian, Lonely Planet, Travel + Leisure, National Geographic Channel, Fodors.com, New York Magazine, and numerous in-flight magazines. She’s also a new author, with two books just out or about to come out. You can read about those here.

So it’s worth listening to how she goes about her pitching.

What key lessons have you taken out of your analyses for the last few years about pitching?

Doing this exercise annually has been a rather eye-opening and learning experience for me. In the beginning, I was pitching like crazy, throwing ideas at anyone and everyone, thinking quantity mattered.

But over the years, by analyzing my notes on rejections or other editorial comments, I realized it wasn’t always a numbers game of sending out more pitches. And it was not only timing the pitches around niches and events either, but also cultivating relationships and taking care of publications and editors that have been good to you. Going that extra mile for them so that even if they do reject your ideas, they tell you why amidst the sea of hundreds of pitches they receive, as opposed to totally ignoring you.

Even from the notes, I was able to glean if I was responding to “call for pitches” a day late and narrowly missing opportunities an editor would have immediately assigned to me, had another writer not responded first!

Do you have a pitch/email format you stick to every time you write to an editor? What is it and why do you think it works?

Over time, I’ve crafted a concise 2-3 paragraph email of no more than 2-3 sentences in each paragraph.

The first paragraph introduces the editor to the idea and why I should write it, the second paragraph includes links to any supporting material such as relevant photo galleries in my image bank – http://imagebank.geotravelermedia.com, and the third paragraph is what I call my “brief bio” which includes bylines and other info that supports my qualifications to write or photograph the piece.

I feel it works because of just how concise and straightforward/to-the-point it is. If I want to weave flowery imagery into the pitch, I give myself only three sentences to do it, which means tight writing too.

Have you ever cringed when thinking back over pitches that didn’t work? What mistakes have you made in the past?

I think I cringe every single year because pitching is a never-ending learning process that you never fully master – it’s a two-way street. You can deliver the perfect pitch to an editor who pretty much poaches your idea and assigns it to their regular well of “trusted writers”, aka their buddies. That has happened to me a few times. I even called an editor out on it and he apologized.

Mistakes include sending too many ideas in the same email or not fully fleshing out an idea initially because of being burned by poachers in the past. In the beginning when I was much greener, I also sent what I called “lazy” pitches which were “I went there, I saw this, and I want to write it“.

I went back and dug through my archives to see the numerous pitches I actually sent you while you were at CNN Travel and the two patterns I noticed based on your own responses to me were this:

– “Thanks but we’ve recently run similar pieces” – which meant I didn’t finish my homework even though my pitches were solid.

– “OK good. Interested in Nigeria/wider Africa pieces too” – which was a wide opening I never followed up on and thus, missed.

So the obvious lessons I learned were to review several back issues for similar stories and sniff out those opportunities and openings an editor actually gives you in their response.

What pitch/story combination are you most proud of or pleased with and why?

There are many pieces that I enjoyed putting together but one that jumps out right away was a piece called “The Silence of the Swedes” which was a cultural/lifestyle piece on Lagom which I wrote that finally found a home at Roads & Kingdoms/Slate – http://roadsandkingdoms.com/2013/the-silence-of-the-swedes/.

It was initially commissioned by another publication. When I wrote and submitted the copy, the editor at the first publication tore it apart in the most culturally appalling way possible, and when I told him all his reductionist edits didn’t make sense since I was the cultural expert, I got the lengthiest mansplaining email of my life from him.

So I pitched the already written piece to Roads & Kingdoms, a publication I respect and adore, and it finally found the right home. Plus, this article inspired my full-length book LAGOM which will be published this summer by Hachette/Headline Publishing – https://www.amazon.co.uk/Lagom-Swedish-Secret-Living-Well/dp/147224933X/

What kinds of stories/themes do you tend to go for most? Are there any subjects or story types you would never consider?

Both as a writer and photographer, I cover cultural stories through food, tradition, and lifestyle with some soft adventure thrown in. I love documenting people who are passionate about the things they do with their hands – whether it be catching fish, crafts, farming, designing, drawing, etc. Because that passion is contagious in a way. One of my memorable experiences was hanging with traditional terracotta pan makers in the depths of Italy’s Emilia Romagna region – https://www.lolaakinmade.com/europe/inside-maurizio-and-rosellas-terracotta-life/

I’m pretty open when it comes to story ideas but I’ve realized for me to build expertise and niches in subject areas, I don’t need to be writing about everything and anything, but rather, subjects I personally burn for.

And what about your upcoming books?

Having two books come out in the same year is a privilege I don’t take for granted and I’m so excited about – https://www.lolaakinmade.com/books.

My first book Due North is self-published through my own company and is a collection of travel observations, reflections, and snapshots spanning two decades across colors, cultures, and continents. The book is organised into four sections – South, West, East, and North – and shares some insights into my experiences as a Nigerian travel writer and photographer.

My second book LAGOM is published through Hachette/Headline. The publisher reached out directly to me to work on this project after finding that article mentioned above in Roads & Kingdoms/Slate so it really was a full circle moment for me.