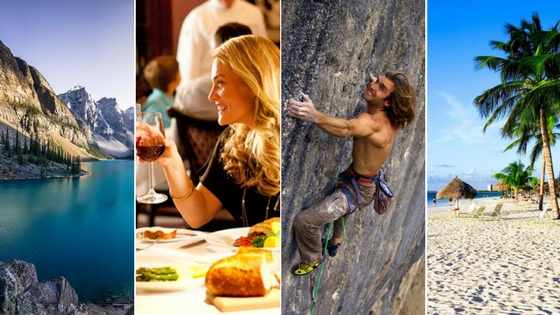 During a recent foray back into the freelance world, I won an assignment with Hong Kong’s biggest broadsheet newspaper that I didn’t expect to win. It got me thinking about the various ways to pitch and how they can all strike a chord with the right person, at the right time.

I spoke to three other freelancers about stories they won at high-profile publications and the pitch process they went through and describe them all below.

The publication: South China Morning Post
The story: How To Survive A Hong Kong Massage
The deliverables: 1,000 words + 3 images
The fee: US$515
The author: Me

I went for a foot massage in Hong Kong, as I do occasionally, and it was hilarious and terrible and perfect fodder for a funny Facebook post, I thought. That Facebook post went on longer than I expected, so it became a blog post. If it’s going to be a 1,000-word blog post, I thought, why don’t I try and sell it somewhere first?

The next day the lifestyle features editor at the South China Morning Post popped up in my LinkedIn feed – I’d connected with her, despite never having met her, months prior. So I wrote her:

I’m a writer and editor in HK, and have a story I’d like to pitch. I was CNN Travel’s homepage editor for 5 years and now run the online editorial for LE PAN, a wine and luxury lifestyle magazine.

Do let me know if you’re interested. If I’ve got the wrong person, could you pass this onto to someone at the Post who might run it?

A humour piece about a recent trip to a massage shop in SYP, which turned out to be someone’s living room. I recount my massage, during which a washing machine thudded and hummed throughout, lunch was cooked, screams of pain were heard from distant rooms, schoolkids ran riot and noisy card games were played.

I also have a few pictures of the ‘experience’ should you want.

I attached the full article and a few emails later (to clarify if I had pictures (I did) and some extra details), got the commission. The piece ran on the SCMP website about six weeks later. I chose to break one of my own rules and attached the full piece before the assign because I felt I had nothing to lose as it was already written, but more importantly because the selling point of the piece was its humour and I feared describing the humour in a short par or two rather than showing it for her own evaluation might sell it a little short.

You’ll note however that the synopsis and pitch within my email were as I advise freelancers to pitch, and I hope this helped at least convince her to open the attachment.

Pitching the Beeb was “pretty simple” says Chris, who runs a food blog out of Hong Kong. “They put an alert out on Travmedia for HK based stories – I sent them the idea about the helpers story” – proof that it pays to sign up to and monitor freelance and writing message boards and communities.

Chris had already had successful commissions with this story idea for a couple of Hong Kong-based publications, so it was a great idea to pitch. Not only was he getting extra mileage out of the research he’d done already, he had proof it was the kind of idea that editors liked. “It’s a story I’d looked at first for Roads and Kingdoms, but wanted to take more mainstream,” he says. “It always amazed me how these domestic helpers (although ‘workers’ is more apt) sat outside come rain or shine and were so often overlooked when doing so. They had some amazing stories to tell, while the food was a revelation.”

3. The local story that hasn’t spread … yet

The publication: The New York Times
The story: Plastic roads offer greener way to travel in India
The deliverables: 1,400 words
The fee: US$500
The author: Mridu Khullar Relph

Mridu, based in London and who has a great blog of her own on the freelance life, spotted a story in a local newspaper when she lived in India that was quirky and interesting and, more importantly, had not been picked up by any of the big Western media titles. Having met a NYT writer at dinner not long before she asked for the name of the right editor to send her idea to, received it from her dinner contact and a few weeks later got her first byline in the NYT. She wrote for the NYT several times after that too.

I have a story idea [contact] thought you may be interested in and so I’m including it below for your consideration.

A bit about me: I’m a freelance journalist based in New Delhi, India, and write for TIME, Parade, GlobalPost, Ms., Marie Claire, and Women’s eNews, among others. Please feel free to check out my work on my website www.mridukhullar.com.

Thank you for your time and consideration. I look forward to hearing from you.

Mridu spent 300 words describing the story in some detail – a tiny bit longer than I recommend, but every line was worthwhile – there was no fluff, and that’s one way to make 300 words feel like 150.

So look local, sell national (or international!). “Pick up the local and regional newspapers,” Mridu says. “You’re not going to find stories that sell to The New York Times in The Washington Post.”

4. The idea that needs to change

The publication: CNN Travel
The story: Coffee comes home: How the cappuccino conquered South Africa
The deliverables: 1,000 words + photos
The fee: US$300
The author: Rebecca Weber

Rebecca, with another good blog on freelancing, says: “The first pitch I sent to CNN Travel, about an artist, was not successful. The rejection email encouraged me to pitch again. I sent another query, about coffee tasting in Cape Town, on the same day that I received the rejection. One of the local roasters that I liked offered coffee tastings (to educate your palette, like a wine tasting), and I was actively looking for local stories that could be shared with an international audience. I had previously sent a variation of this same coffee pitch to two other publications without success.

“The original pitch was far more narrow than the final story, and didn’t have broad enough appeal for an international audience. But the potential was there: people love coffee, Cape Town is a hot destination, and the coffee scene had changed dramatically.

Thanks so much for the detailed feedback. Let me try again:

Not so long ago, if you ordered a cup of coffee in South Africa you needed to specify “filter” to avoid getting instant. Those days are long gone.

Specialist coffee shops did nearly four times the business in 2012 as in 2007. Domestic chains like Vida e Caffe are ubiquitous in the cities, and independent roasters are must-be-seen-at destinations. It’s not just for hipsters; fast food chains like Wimpy’s and McCafe have made cappuccino accessible to the masses.

I’ll report from cafes to provide sensual detail and establish a scene or two. One of these will be the Department of Coffee, the first place to buy cappuccino in Khayelitsha, Cape Town’s largest township.

I’ll ask cafe customers, baristas, and industry experts about the seismic shift from instant coffee cut with chicory to flat whites, and the rise of coffee culture in general. I’ll get comment about why overseas cafe companies like Starbucks (which only has a handful of outlets within hotels) seem reluctant to open on a wide scale, and any future plans to expand.

I’ll recommend 5 places to get a great cup of coffee.

Please let me know if this is more what you had in mind. I look forward to hearing your thoughts.

“Instead of focusing on a coffee tasting at one cafe, the final story was about the new coffee culture in Cape Town, and included reporting from numerous cafes.”

Rebecca also offered pictures with the piece which convinced me to give this unknown writer (to me) a shot.

Rebecca adds: “It can sometimes be a good tradeoff to do work that is high profile and interesting, even if it doesn’t pay as much as other assignments. As a freelancer, finding editors who take the time to help you learn to frame your stories better is valuable in and of itself. If the pitch has a lot of clarity, it’s a mini roadmap for what you need to do.”

If this helped in any way do share it around ‘socially’. My book describes in detail how to frame your ideas to ensure they catch an editor’s eye, and if you want to receive a free list of 100 titles that want your travel articles (plus what they pay), sign up to my newsletter here.